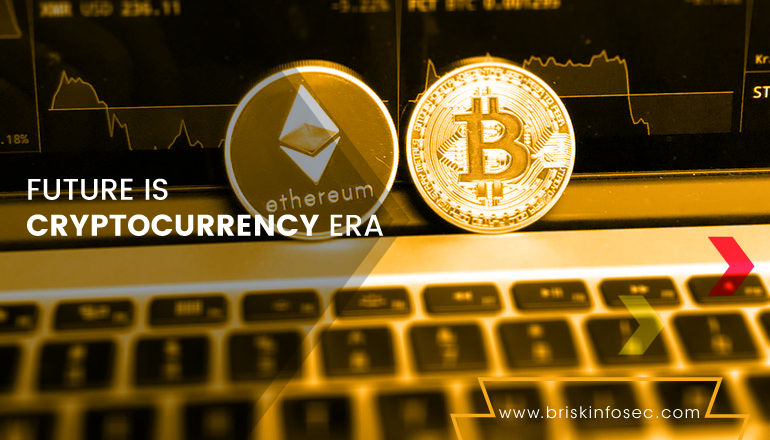 The existence of traditional payment system (giving solid cash for the purchased commodity) is still on-going, in-spite the reign of digital era. Contrary to this, there is another form of high level digital transaction that is secretly growing at a brisk pace. Such transactions are done through a currency named as Cryptocurrency. This blog will explain about it in detail.

Cryptocurrency is a decentralized digital monetary system that incorporates some unique and strong cryptographic techniques to secure and verify financial transactions. It is a digital asset that can be exchanged to work as a medium of exchange and it is very difficult to forge due to its secure nature. Cryptocurrency is totally contradictory to modern currencies (for example USD, EUR, INR). It is not regulated or controlled by central authorities like Government or Bank.

Where Cryptocurrency records are stored?

Each and every cryptocurrency transaction that happens are processed electronically. Once completed, it gets stored in a Blockchain network.

Blockchain is a decentralized network where every computer connected to the network must successfully validate and approve the transaction before, going to be processed. Once the transaction is converted to a block and added to Blockchain, it is hard to tamper or counterfeit the data.

Cryptocurrencies have become well known across the world today due to the process called “Mining” or “Crypto-mining” (validating and approving cryptocurrency transactions). Mining is the process of solving a puzzle kind of mathematical computation known as “Hash” which allows the miners to add the next block to the blockchain.

Many miners around the globe joined in the race against each other to be the first one in solving the hash. Crypto-mining consumes a lot of time, expense, electricity, and computer power. Those successful “Miners”, who first solve the mathematical hash will add the next block on the blockchain, and claim a “Block Reward”- with a token of cryptocurrency (example Bitcoin).

To safeguard these digital keys, the user can keep it in a Crypto-wallet.

Offline Cryptowallet: It allows the user to transfer and hold the address of the cryptocurrency and helps to link the user to the blockchain network as well as to track the transactions. Ex- Cryptonator.

Online Cryptowallet: It is an online one, can be accessed from anywhere in the world. The cryptocurrency digital keys are stored online by the exchange platforms (where you can sell and buy cryptocurrencies). Ex- coinbase, circle.

Paper Cryptowallet: Paper wallet service provides the user to store the private and public keys by generating a piece of paper with unique QR codes printed on it. It varies for each user.

Hardware Cryptowallet: It is just a hardware device (e.g. USB) that is specially meant to store the address of cryptocurrencies.

*Note: As the cryptocurrency is pseudonymous, the users have to keep their digital key safely. If it is lost, there is no chance to prove that it belongs to them.

Prerequisites to Mine cryptocurrency:

There are some basic requirements needed, to start mining the cryptocurrency.

Most Popular Cryptocurrencies in market:

Some of the top most cryptocurrencies that sustain successfully in the market are:

Rise and fall of cyrptocurrency:

Will Cryptocurrency get dominant once again in upcoming years?

According to some analysts, the answer is a solid “Yes.”

Prediction of BTC value in 2019 by Analysts:

Market Predictions by the end of 2019:

We may not promise that the future will be bright for cryptocurrencies but we can at least predict, in what direction that the crypto industry will be heading, after a decade. Major prediction says that Cryptocurrency would not become a useless money, but will be the major adoptable technology that drives businesses towards profitable direction, in this fast evolving digital world.

We have a vast collection of case studies. All those case studies makes you to see the various security assessments we performed to eliminate the vulnerabilities that were existing in our client’s applications. To exactly know the way we did, check out our case studies.

Have you heard of an organization collecting cyber breaches from various places on a monthly basis, and consolidating all those as one report.

If not, for the first time, check this Threatsploit report which is prepared by us. This helps you to know the globally happening attacks from a single source, rather than tiresomely browsing here and there. Moreover, this is done because Briskinfosec cares for you.