Why Should we be aware about quantum computing ? | Briskinfosec 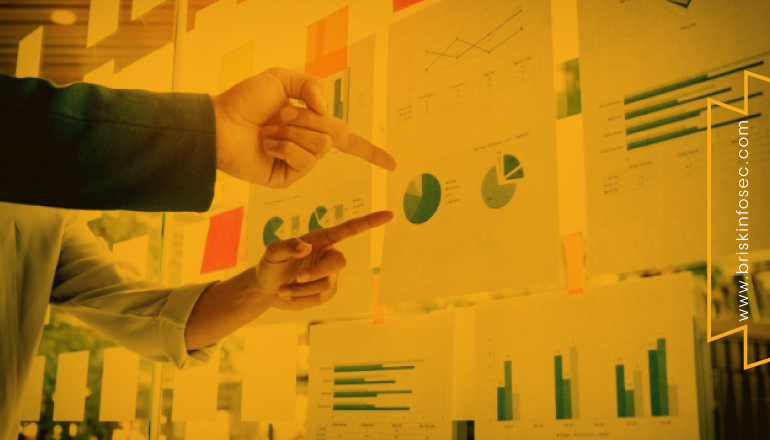 Why Should we be aware about quantum computing ?

Computers are getting outdated now a days due to technological developments and rampant security threats. To safeguard from threats, technologies are researched and developed regularly, but at some point the computer fails to handle those powerful technologies. So, the need for better computer that suits the latest technologies, arises. This requirement opens the lock for the inception of trendy computers named as Quantum computers, forming the crux of this blog.

In a Quantum computer, various elemental particles like electrons or photons can be used, with either their charge or polarization acting as a representation of 0 and 1. Regular computer uses 0’s and 1’s to process the data, where there are only two possibilities like yes or no, on or off, true or false. But in Quantum computing, it has 0’s and 1’s bits and additionally it also can store them both at the same time, thus making another possibility for storage. These are called qubits or quantum bits which is a combination of both 0’s and 1’s, and also it can store and process 2 qubits themselves in a single step. Quantum computing has faster performance than traditional because it uses the quantum mechanical principles of ‘Superposition and Entanglement’.

As per the quantum law, the particle enters a superposition of states, in which it behaves as if it were in both states simultaneously. A qubit is said to be in a superposition state when it could take both the 0’s and 1’s places simultaneously. This superposition of qubits would give them a parallelism to process the data faster than a traditional computer does ie., A 30-qubit quantum computer would equal the processing power of a conventional computer that could run at 10 teraflops (trillions of floating-point operations per second). Today's typical desktop computers run at speeds measured in gigaflops (billions of floating-point operations per second).

Entanglement: In quantum computing, entanglement states that the state of two qubits are dependent on one another. This means that if two qubits are entangled, their states are only determined by the state of the other qubit. Engineers spend a lot of time trying to make sure the status of each bit is independent from those of all the other bits. But in a quantum computer, each qubit influences the other qubits around it, which is used to determine the status of particle.

Superposition and Entanglement give Quantum computers the ability to process much information, faster than classical computers.

How it is different from other computing process:

First, we look about how an ordinary computer processes the information. Whenever a task needs to be performed on the regular computer, it will convert the requests made by the user into a machine understandable language. Then the algorithm is created based on the request and signals are sent to the electric circuit in strings, 0’s and 1’s. A perfect algorithm will manipulate 0’s and 1’s in a way to process the data, like 0 refers to the circuit is open and 1 refers to the circuit is closed.

Now, we will look about Quantum computing:

For example, quantum particles can move forward or backward in time so there is a chance to exist in two positions, idea of quantum computing originates here. Other than normal computing process, Quantum computing is processed using qubits or quantum bits which can have two strings (0 and 1) at a time called Superposition. It holds two qubits at a time in a single step which makes the computer to process the data faster than the ordinary computing.

Power of Quantum Computer looks great, which does not mean that it can be used to run a software x times faster, instead it is good at solving the problem that is nearly impossible to be solved by regular computers and also there are a lot of things that would get benefited. Those are listed below:

Simulating Molecular Structures: Quantum Computing will be used on simulation software that can create a very precise model of molecular interaction, where the molecular structure and properties are very complex to simulate. Only a simplest molecule can be analyzed with our present computers, but a fully developed Quantum computer can calculate the complex property and structure very easily.

Cryptography: Most of the security encryptions depend on the complex mathematical problems which would take a year to process the complete algorithm. So it is harder to crack the encryption. But Quantum computer can solve those kinds of problems within mins or even in seconds, so encryption which is said as highly secured now a days can be cracked. So scientists are working on a new cryptographic method to defend from those situations.

Weather Forecasting: Weather is one of the most critical factors that needs to be considered because an improper prediction would affect the country’s economic values like food production, transportation, and other factors. So, the better prediction of weather would help to save a lot of resources from getting wasted. For prediction of such kind of events, simulation through a traditional computer to perform the analysis would take a longer duration, but quantum computer would be much useful here to make the simulation faster.

The benefits aren’t limited to this scientist, still research on development of quantum computer are going.

How Quantum computing can be used in Cybersecurity ?

Cyber security has become critical now a days where the cyber threats around the world is increasing and systems are getting more vulnerable. Various techniques and attacks are developed to compromise a machine. So if Quantum computer was completely developed, it would bring a tremendously change in cybersecurity. For example, Quantum computing would provide us a more powerful security mechanism than the traditional computers like transferring the security keys, enhancing the power of security devices like IDS, IPS etc. Combination of quantum computing with AI would become a top most security factor in cyber security.

Apart from these powerful features, it also has a disadvantage. Think what happens if a hacker gets an access to these kinds of computer, he performs most dangerous attack to an organization. Encryptions which are considered as a secure one will take a years to crack with a traditional computer, where the super computers would be some what faster but Quantum computer can break the encryption within a minute or sec. So it would become a dangerous threat to government and large organizations to protect their privacy, etc.

Is Quantum Computing a Cyber Threat ?

Quantum technology is not just about upgrading the ordinary computer to next level. Quantum Computer in unauthorized hands would become a threat to IT world. If it happens, the traditional way of security fails and

How to overcome this threat ?

Traditional math-based cryptography wouldn’t withstand the quantum computing decryption. So a new technique should be built that doesn’t rely on mathematics

Hence the Quantum computing has major benefits over ordinary computing which would change the future of computers. Due to this reason, it should be deployed all over the world.