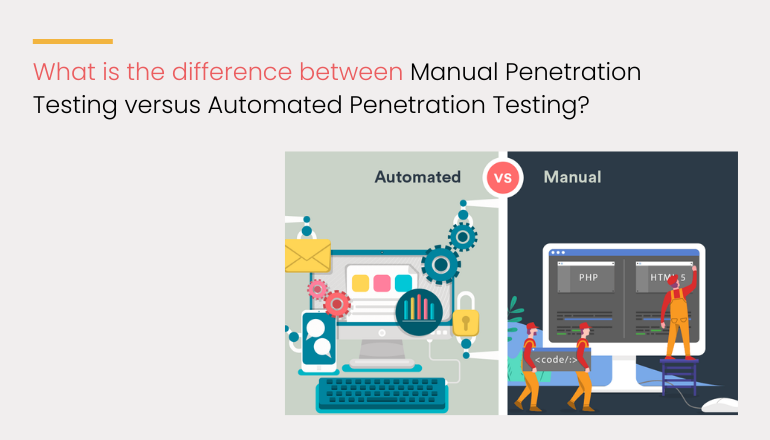 What is the difference between Manual Penetration Testing and Automated Penetration testing?

Do you think they are one and the same?

Does automation do not involve any human involvement?

Which is the best?

Due to the COVID-19 pandemic, many businesses are now being run remotely.

The "new normal" has made the market bigger for digital transformation projects and strategies for moving to the cloud. But Verizon's 2020 Data Breach Investigations Report says that cybercriminals are taking advantage of enterprises' desperate attempts to change to digital by making new ways to target and exploit their web applications. As the global pandemic forces more people to work from home, it's more important than ever to protect everything from the cloud to the employee's laptop.

So, how do you go digital while keeping application security a top priority? 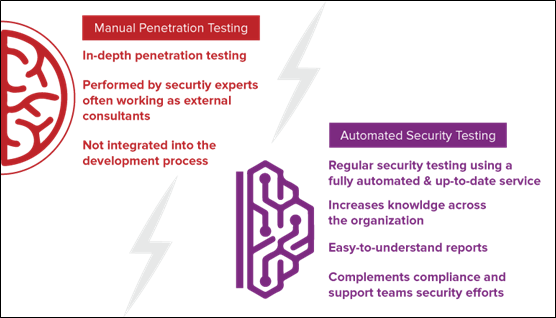 A penetration test, or "pen test," is a simulated attack on a computer system that is done with permission to test its security. Penetration testers use the same tools, techniques, and methods as attackers to find weaknesses in a system and show how they affect the business. Most penetration tests try to mimic different attacks that could harm a business. They can check to see if a system is strong enough to withstand attacks from both authenticated and unauthenticated positions and from a variety of system roles. A pen test can look at any part of a system if it has the right scope.

What is manual penetration testing

Penetration testing that is carried out by humans is known as manual testing.

Manual penetration testing is performed by humans. Ethical hackers attempt to break into a system using a variety of techniques. They then document their attempts to do so, point out any security flaws, and make recommendations for fixing them.

Data Collection - The collecting of data is a crucial aspect of testing. One can manually collect data or use publicly accessible internet tool services (such as webpage source code analysis techniques, etc.).These tools facilitate the collection of data such as table names, DB versions, database, software, hardware, and information on third-party plugins, etc.

Vulnerability Assessment - Once the data has been collected, it assists testers in identifying security vulnerabilities and taking the necessary preventative measures.

Actual Exploit - This is a common way for a skilled tester to initiate an attack on a target system, which also decreases the risk of an attack. 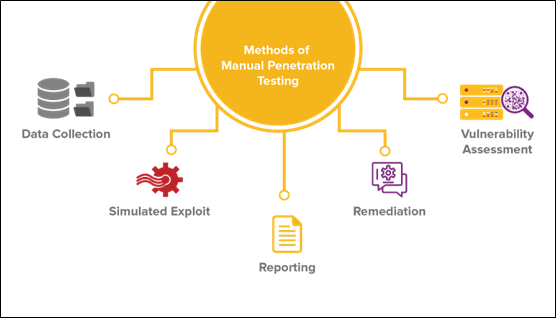 Report Preparation - Finally, the tester provides a comprehensive report detailing the findings of the investigation. Lastly, the report is examined to determine what needs to be done to safeguard the intended system.

Remediation - Here we finish up the manual penetration testing procedure by examining and analyzing the results in order to identify the potential impact and devise specific remedial solutions.

What are the different categories of manual penetration testing ?

There are mainly two categories of manual penetration testing

Focused Manual Penetration Testing: It is a method that checks for specific weaknesses and risks. This kind of testing can't be done by automated penetration testing; it can only be done by experts who look at specific application vulnerabilities in the given domains.

Comprehensive Manual Penetration Testing: Testing whole systems that are linked to each other is the only way to find all kinds of risks and weak spots. But the purpose of this testing is more situational. For example, it could be used to find out if multiple low-risk faults can lead to a more vulnerable attack scenario.

What is automated penetration testing..?

Automated pen testing is the process of testing a system with software instead of a person's knowledge. It costs a lot less than manual testing because it can be done by IT staff instead of hiring an ethical hacker.

Pen testing tools can quickly check a system and show any weak spots that hackers could use to get in.Small businesses that want to test their network but don't have a lot of money to do so often use it.

Automated penetration testing quickly gets rid of all threats by running regular vulnerability scans to find even the smallest holes in enterprise systems.

Do You Know Which Is Best for Your Business?

Pen testing, whether done manually or automatically, can help strengthen the security of a network. Despite the fact that they both have the ability to uncover flaws, which one is best for your company relies mostly on your budget. If you're willing to spend the time and money on manual pen testing, you'll get a more thorough examination of your network's security. When you hire security specialists, you'll get advice on how to implement any essential adjustments.

For firms who don't want to spend a lot of money on security testing, automated pen testing is an excellent option. Automated pen tests can be performed more frequently due to the decreased cost, despite the fact that they are not able to uncover all vulnerabilities.

In the end, many companies choose to use a combination of human and automated pen testing techniques. Automated pen-testing can then be used to discover additional vulnerabilities after a thorough network security exam is completed.