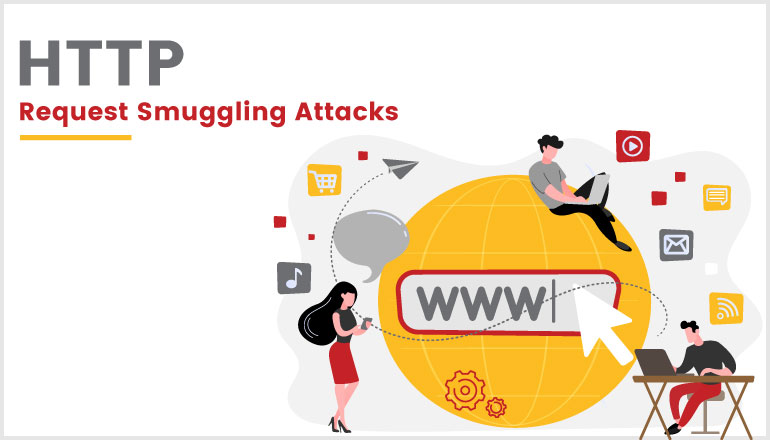 HTTP Request Smuggling is one of the critical web application vulnerabilities that often go unnoticed by many security researchers and penetration testers due to its complexity. HTTP request smuggling is a technique for interfering with the way a website processes sequences of HTTP requests that are received from one or more users. Request smuggling vulnerabilities are often critical in nature, allowing an attacker to bypass security controls, gain unauthorized access to sensitive data, and directly compromise other application users.

Modern Web Applications use multiple web servers to separate users’ HTTP requests and carry out the application’s logic. Users send requests to a front-end like Load Balancer and this server forwards requests to one or more back-end servers. The front end server receives requests from the user end and forwards the request to one or more backend servers one after another and the receiving server parses the HTTP request headers to determine where one request ends and the next one begins. 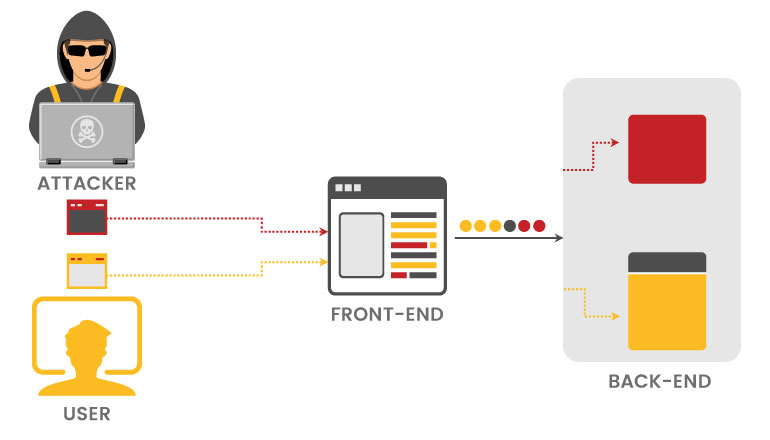 Here the attacker causes part of the front end request to be interpreted as the start of the next request by the backend server. This would result in changing the application’s logic.

Request smuggling attacks rely on placing content-length and Transfer-Encoding headers in the HTTP requests and modifying them to make the request parsed differently by the front and backend server. Based on this, we can classify request smuggling into 3 types,

We have used a test webserver to demonstrate the identification of HTTP request smuggling vulnerabilities.

In the above example, the front end server processes the Content-Length header and determines the request message is 10 bytes and process up to the value G in the request body.

The backend server processes the Transfer-Encoding header and checks the message body chunks which ends with value 0 and terminate the request. The following byte G is unprocessed and the backend server will treat that as the start of the next request in the sequence. Because of this, we are getting an error saying unknown method GPOST as shown in the above image.

In this example, the front end server of the application processes the Transfer-Encoding header and treats the message of the HTTP request as chunks. It processes the first chunk which gives the length of the body in bytes, in this example it is 5c (92 bytes). The server processes the 92 bytes data chunks to value 0 and terminates the request.

The backend server processes the Content-Length header and finds that the request is 4 bytes long as mentioned in the header. Hence the 4 bytes of the message body is processed till 5c and the remaining data are left unprocessed. This unprocessed data will be considered as the start of the next request sequence by the backend server.

Below are some examples of obfuscating Transfer-Encoding headers to induce one of the servers to not process the message body.

HTTP request smuggling vulnerabilities can be complex to identify due to the nature of the attack, but it may help an attacker to compromise the request flow of the application. It is recommended that organizations should carry out application security assessments to identify and rectify these kinds of vulnerabilities.