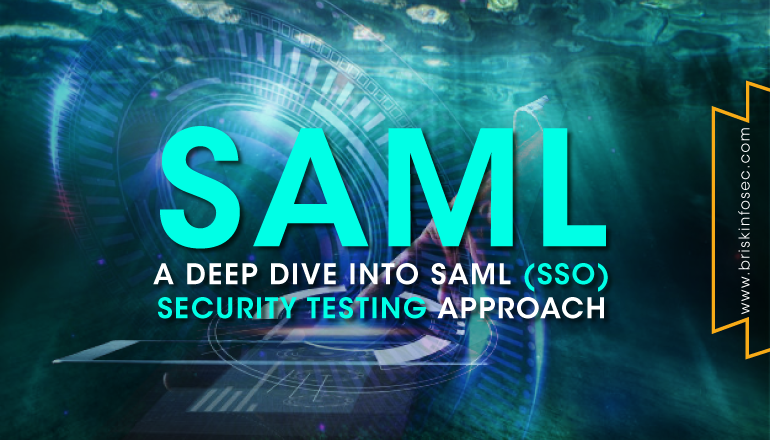 SAML is used to facilitate Authentication mechanism from user’s browser to the application server. This is done by Single Sign On (SSO) feature. When it comes to SSO, SAML defines three parties which are directly involving in the communication flow, they are

The Principal (User): It is the actual application user which would try to authenticate to the application for accessing some resources.

The Identity Provider (IDP):  As the name indicates, identity provider is a key component of SAML authentication process. It has two major tasks. First, it is responsible for authenticating the users by validating their login credentials, hence it acts as an authentication and authorization authority. Second most important task is that the IdP should issue assertions for the SP which are relevant to the user authentication result.

The Service Provider (SP): It is the actual service or the application that the user is trying to access, for example Facebook. Service provider allows users to access its resources based on the assertions issued by the identity provider.

Below image explains the actual workflow of SAML (SSO) authentication.

SAML Assertion is a package of information which is related to authentication security provided by the identity provider.

There are 3 kinds of assertion statements defined in SAML 2.0 standard,

Authentication Statement: This statement provides information about a subject or principal (user) which will authenticate with the identity provider at a particular time using a particular method.

Attribute Statement: This statement is used to provide associated attributes with the subject for the use of relaying party. An attribute is simply a name-value pair and also there can be more supporting facts that describes the subject.

Authorization Decision Statement: This statement specifies authorized actions to be made by the subject on particular resources. It can be simply thought as granting or denying access to certain services or resources.

Auth Request with its Signature

In this type of request, the signature value is binded to the request during the HTTP-Redirect. In addition to that, the XML auth request contains details like user’s ID, Service URL etc., which should be validated by the signature value at server side.

Auth Request with the Signature Embedded

In this type of request, the signature value is embedded within the XML auth request with other details like User’s ID, and service URL.

An Authentication Response is generated by the Identity provider. If the user’s credentials are valid and sent to the service provider, then it sends the response token to user’s browser.

There are 8 examples of Auth Response in SSO:

While testing an application which has Single Sign On (SSO) enabled, it is necessary to verify and validate the SAML authentication response data to find out vulnerabilities.

Check the SAML Signature value: SAML (SSO) authentication uses signature (token) values to validate user sessions. Security tester has to verify if the signature is verified in server side or not. Below few security testing scenarios is been mentioned based on SAML signature present in auth response.

1. Signature not present in XML response or Not verified

2. Signature value is verified only if it is present in XML request and response

Tester should verify, if an application allows user to access resources after removing the signature value from the XML request or response. Sometimes, it may be possible to authenticate without valid signature.

The goal is to forge a well formed SAML Assertion without signing it. For some default configurations, if the signature section is removed from a SAML response, then no signature verification is performed.

Signature value should not be predictable, as it may allow attackers to brute force the values, and take over all user accounts.

Since SAML (SSO) request and response are based on XML, it is possible to find out XML related input validation vulnerabilities like XML injection and XXE injection.

SAML Single Sign On feature are widely used by a lot of organizations across the globe. SSO helps employees of an organization to carry out their task without scratching their head for multiple usernames and passwords for different applications of their day to day work. Even though SSO is considered to be secure, it may become vulnerable due to improper implementation mechanisms. This makes it easy for intruders to take down organisations as all their applications are centrally connected by SAML.

Briskinfosec recommends an apt solution to mitigate the risk of SAML and SSO based threats by carrying out Application security assessments on regular basis.